View source
watch 02:17
New Pokemon Games - The Loop
Do you like this video?
Play Sound

The Harvest Goddess (さま Megami-sama, lit. Great Goddess) is a recurring character type in the Harvest Moon series. She is often regarded as a spirit of sorts in the games. To see her various roles throughout Harvest Moon, see her appearances below.

She makes a small cameo in Story of Seasons on a television show using the name Gaia and she also sends you a thank you letter after you befriend Dessie. Gaia in Greek mythology is ancestral mother of all life and is the primal Mother Earth goddess.

Save the Homeland Goddesses 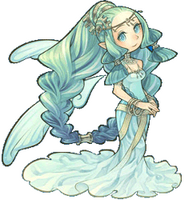 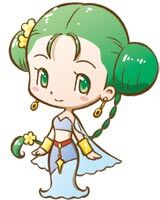 Harvest Goddess in Harvest Moon: The Tale of Two Towns