Pete (ピート, Pīto or Pete) is a recurring character and was the first playable character in the series. He wears a white shirt, a pair of blue overalls and a green and sometimes blue cap. Fans often name him Jack (meaning "man") but that is a common misnomer. His real name was unknown until Harvest Moon GBC 3 when it was revealed that his name is Pete when he first meets Sara. Puzzle de Harvest Moon also confirms that his name is Pete. Despite his western-sounding name, he has been stated to be of Japanese descent.

When Natsume started making their own independent branch of Harvest Moon, they also named their first protagonist Pete, but later changed his name to Mike.

The first protagonist to appear in any Harvest Moon game. He appears in the most games of any protagonist and is the most popular/well-known one.

The game developer Natsume's first original male protagonist. In later games he is known as Mike. 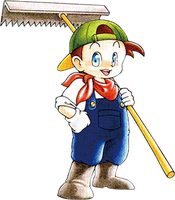 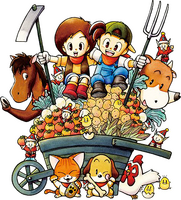 Pete and Sara in GB 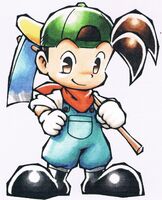 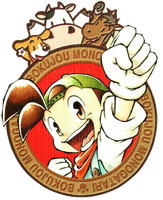 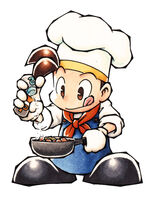 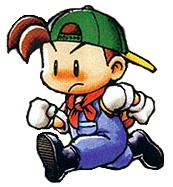 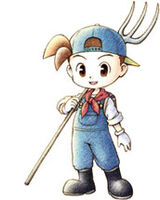 Add a photo to this gallery
Retrieved from "https://harvestmoon.fandom.com/wiki/Pete?oldid=132797"
Community content is available under CC-BY-SA unless otherwise noted.