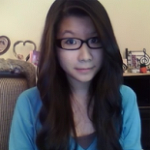 Harvest Moon: Friends of Mineral Town :D
There's not much to tell about me, so I'll use this page to record my Harvest Moon games/progress/thoughts. I've really only played two or three titles in-depth, but it's enough to make me love this series; it's just such a unique concept for a video game.

Loving this game so far! My thoughts, likes and dislikes are here.

My goals right now are simple: have a steady income, gather and save "loved" items of villagers, as well as the rainbow recipe ingredients (as I come across them), and get married. The lucky girl is Renee :)

Can't really afford any luxuries at the moment; I'm just scraping by, really. But my wishlist includes (not including the stuff I want and need, like a chicken coop or utensils):

This was my first and favorite Harvest Moon title to date, and the only one I would consider myself well-informed about, since I have played it a few times. And that's why most of the pages I edit are of this game. :)

On floor 30: I completely overlooked the fact that you need to upgrade all your tools to Mystrile before the cursed tools even appear in the mines... So disappointed when I couldn't dig up the Cursed Fishing Rod on floor 29. >: (

Still, I feel like a boss, throwing Diamonds on the mine floor in search of Pink Diamonds. At least I'm going home with a basket of expensive jewels.

I picked this game up shortly after it was released, but it wasn't really memorable or all that fun for me. Also, I remember a major issue I had was that the cartridge was defective or something, and it kept freezing, so I had to save a lot (which is a good idea anyway), but it kept freezing and prompting me to restart from the last save point, which was inconvenient and tedious, so I just grew frustrated and eventually stopped playing.

I believe I married Celia, though, and freed a bunch of Harvest Sprites. That's about all I remember.

My brothers got me this one Christmas, and though initially I thought it looked cold and lacked the farmy/warm appeal that I liked about the series, it was actually pretty cool. I did not finish this, though, and I can't remember why, but it was very centered around farming. Since the protagonist you play is a robot that was designed to repair and bring back agriculture, you naturally have no need for human interaction, marriage and such. There's tons of exploration on the island and modifications to the traditional farming methods, and I thought the graphics were pretty slick (compared to the titles I played, probably not to the newer ones that I haven't).

Retrieved from "https://harvestmoon.fandom.com/wiki/User:Nerakil?oldid=62460"
Community content is available under CC-BY-SA unless otherwise noted.